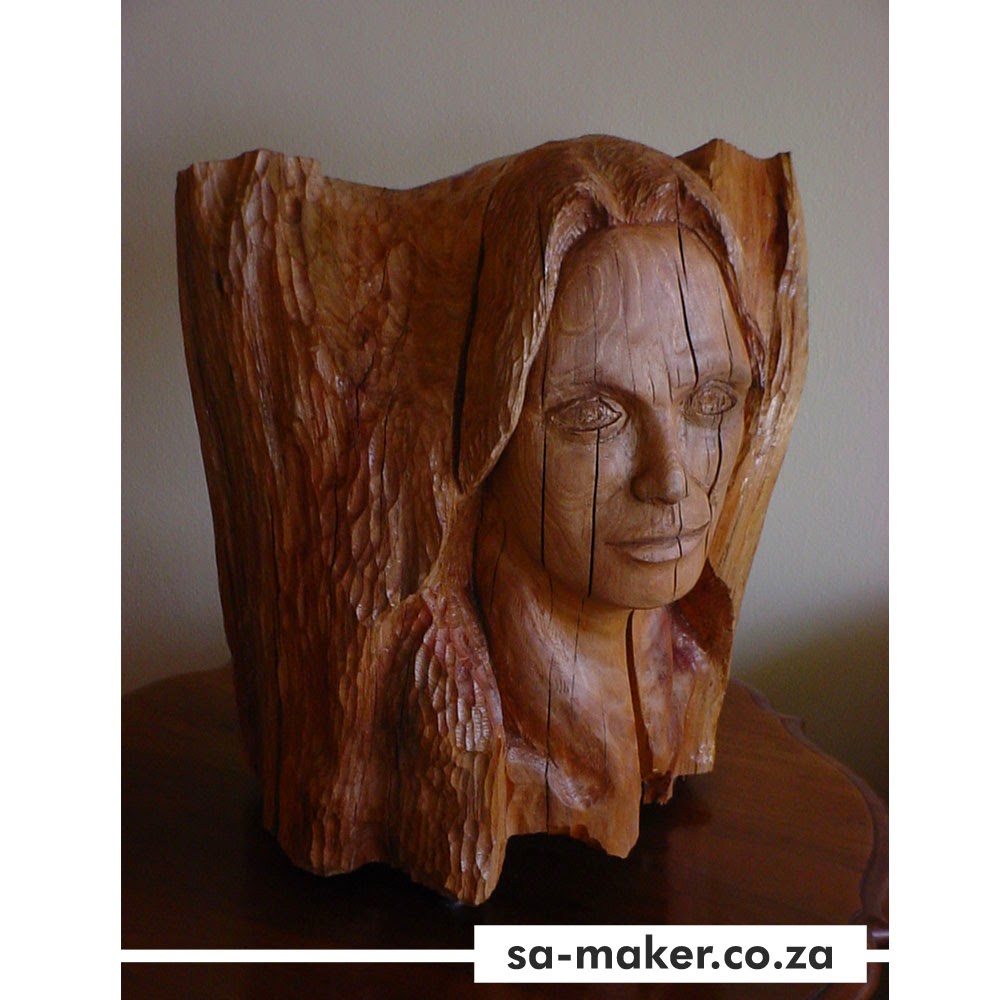 In the beginning I was a woodcarver. Wood carving is one of the cheaper methods to make sculptures, especially if you use wood stumps that you pick up on the side of the road, when there are trees being felled.

Ria is carved from a piece of black thorn wood. It was not completely dry when I started carving it. During the carving process, it stood outside for about 6 months. This caused it to crack in the carved areas, most noticeably over the face. On finishing, I decided to worked with the cracks instead of trying to concealing them.

Ria was girl I dated for a short while at the end of my second year studying IT. She moved back to Johannesburg that December, but we tried to keep the relationship going.  This was pre-internet so it was difficult. On a visit the next year, it became apparent that the relationship was not working. The person I loved was not the person I met after months of separation.  My love did not exist, I was obsessing over a dream. After a long struggle accepting the facts, I carved the image of the dream in wood, and moved on. 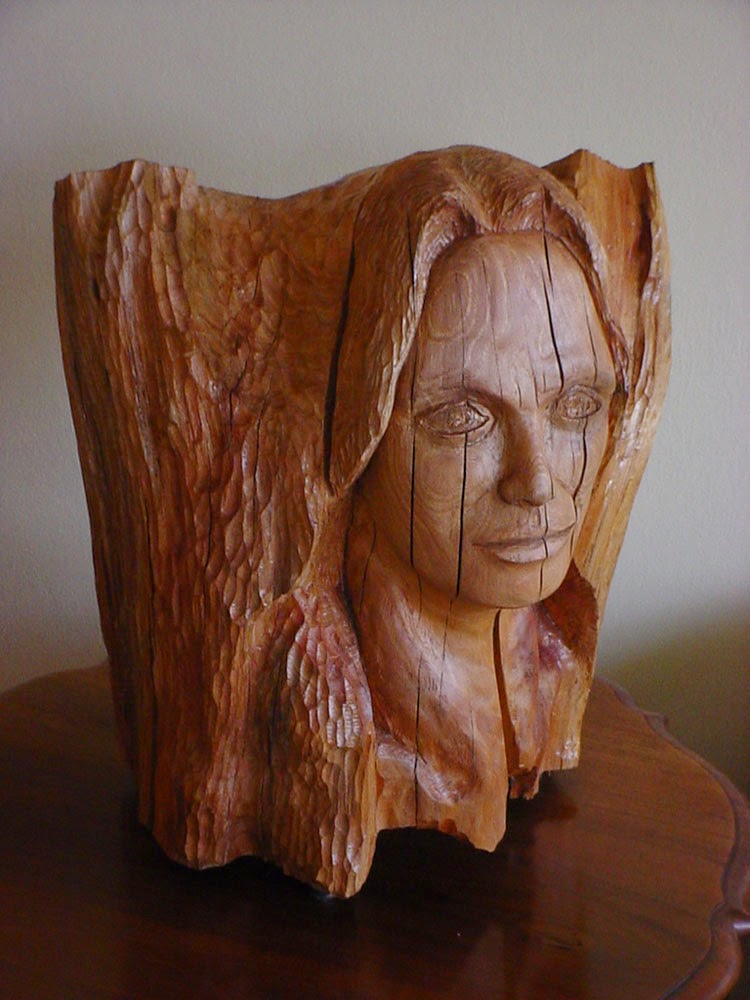 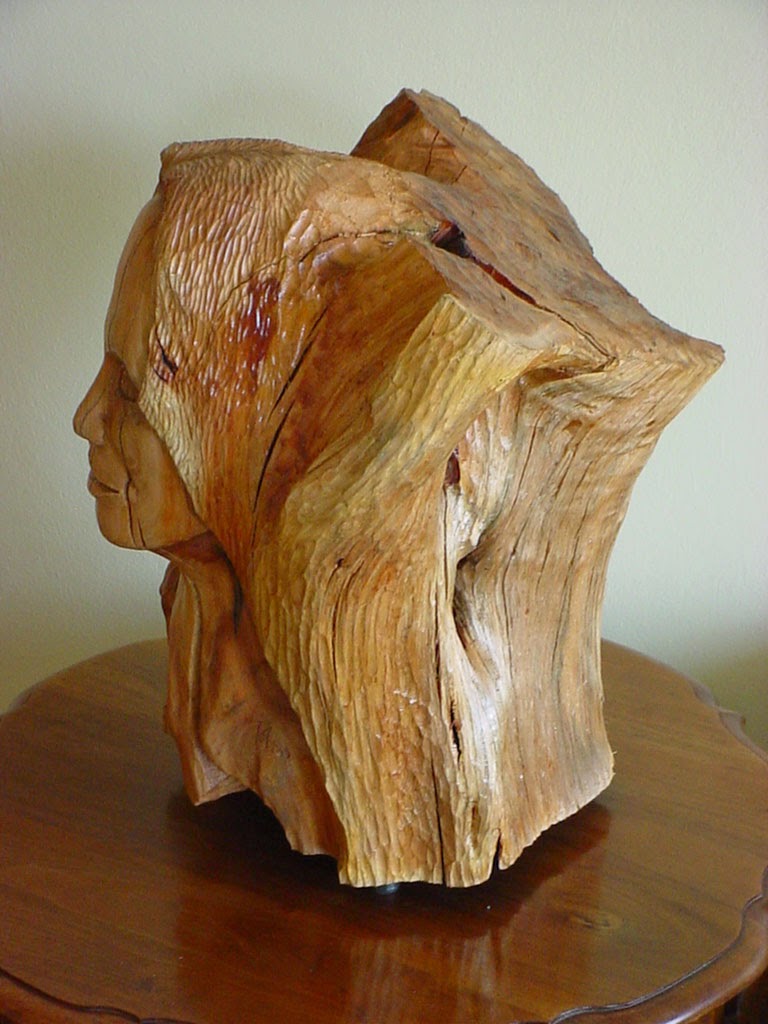 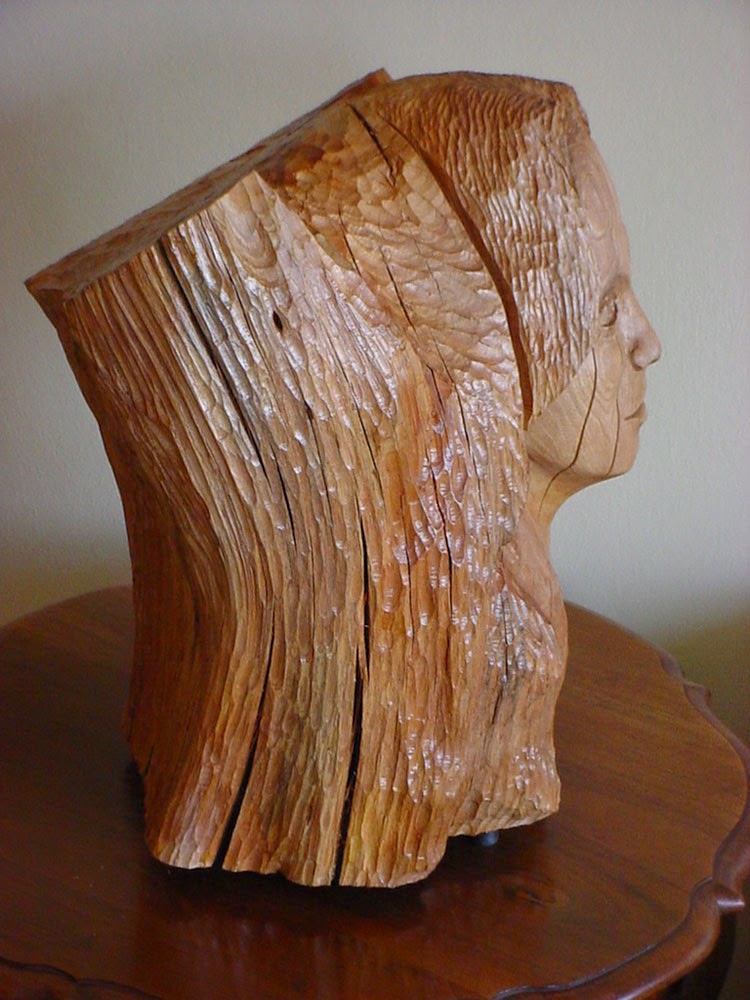 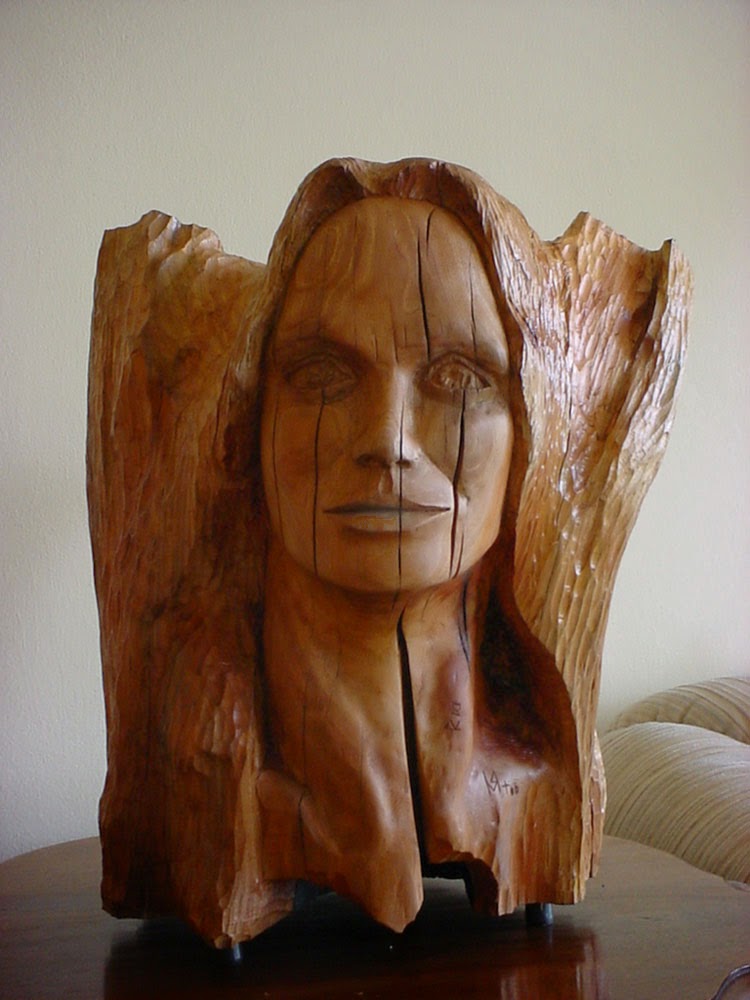