A mask for a Monster 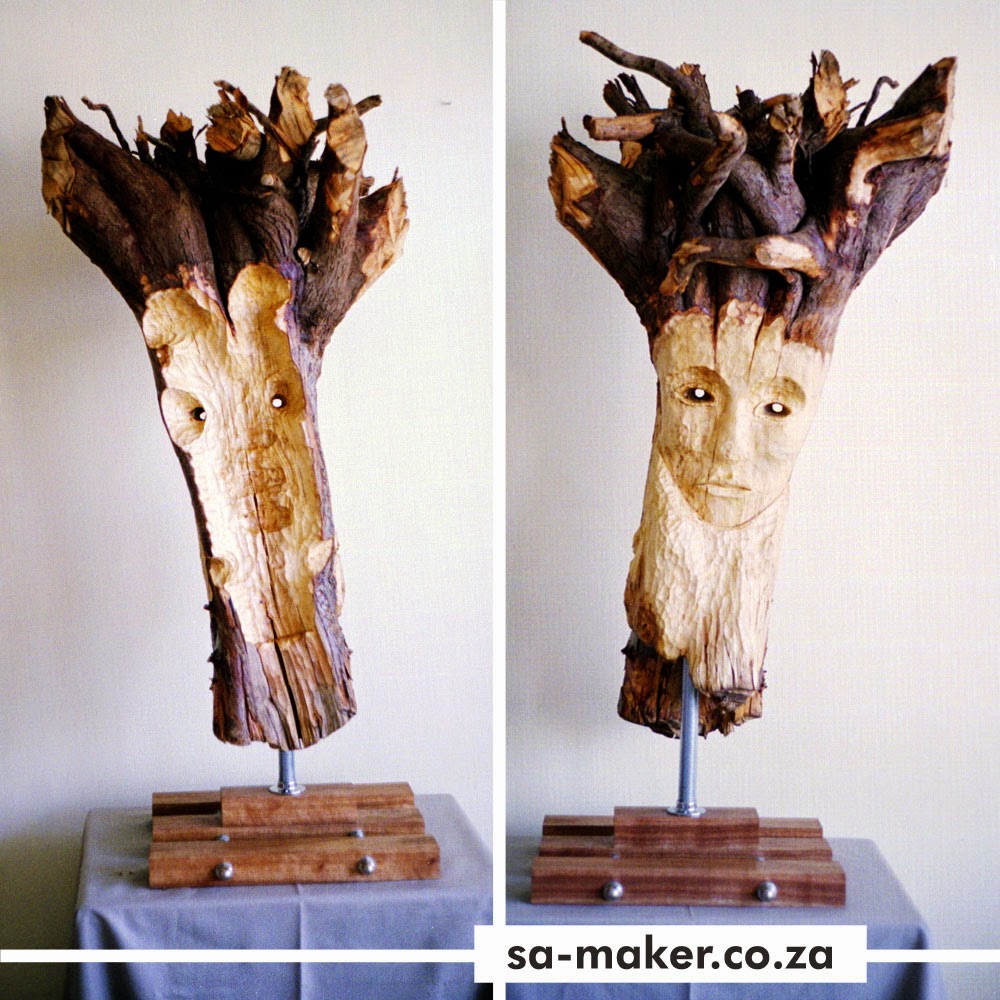 Back in my wood carving days, I carved a mask out of the stump of a tree I removed for a family friend. It looked too interesting to just discard, so I let it dry and years later formed it into a mask.
The idea behind the sculpture is that it is a mask worn by a monster to lure unsuspecting people to it. You can see the shape of the monster's head in the negative space at the back of the mask.
The wood turned out to be really bad for carving and the nose kept breaking off. Each time it happened I had to cave the face deeper. At the end I decided to leave the nose blunt.
The way the eyes were formed, with the large opening in the front and the small holes in the back, caused the eyes to follow you as you moved around it. Some people found this quite unnerving. 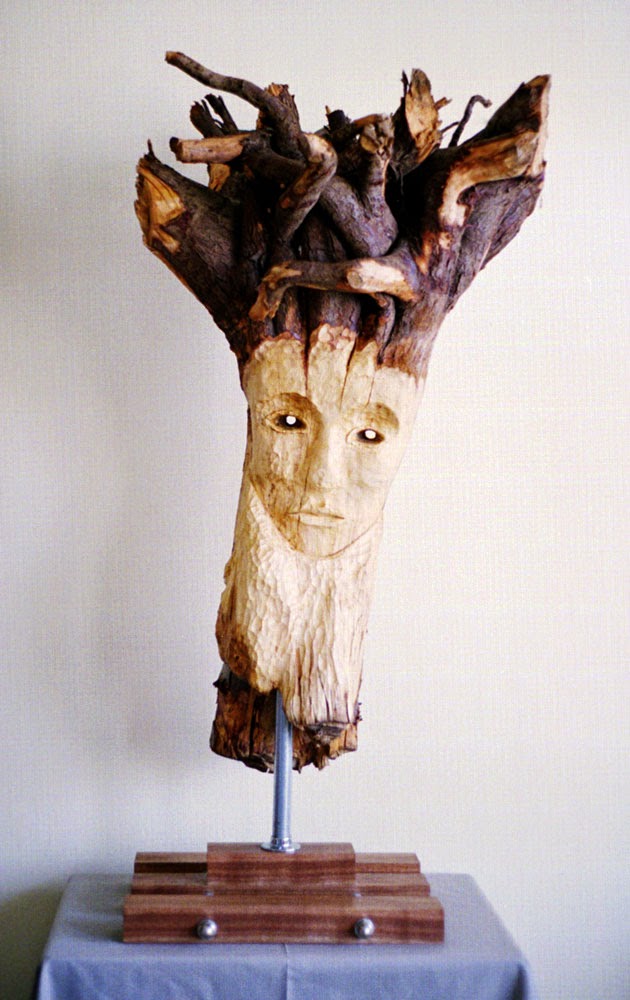 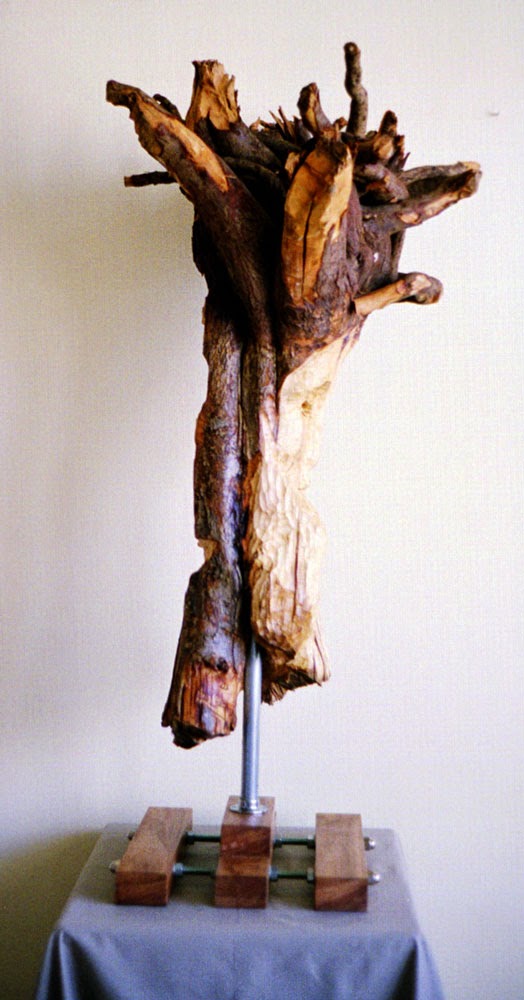 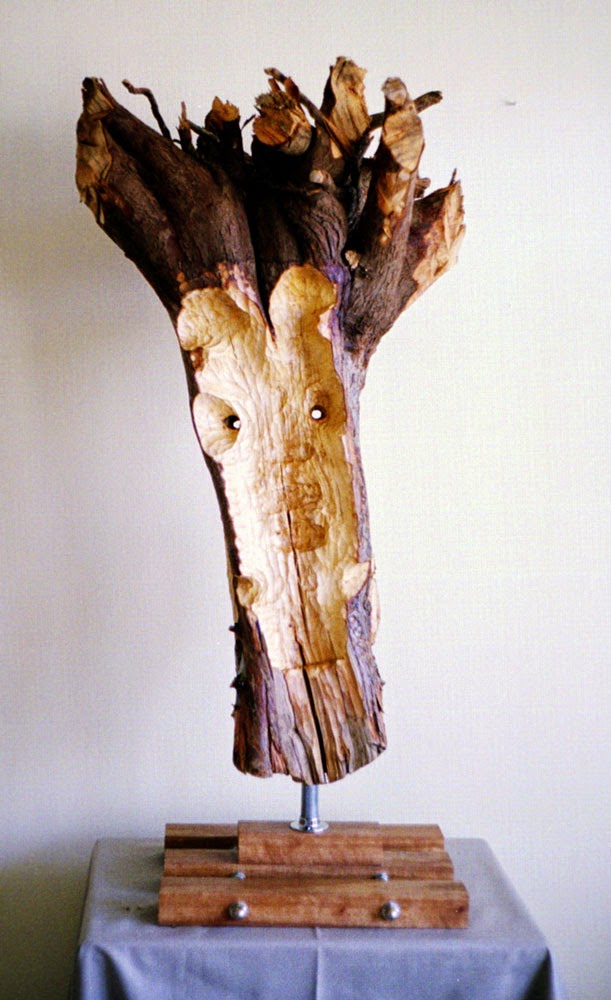