Alphabet B and Gertruida a gift for Annelie Botes 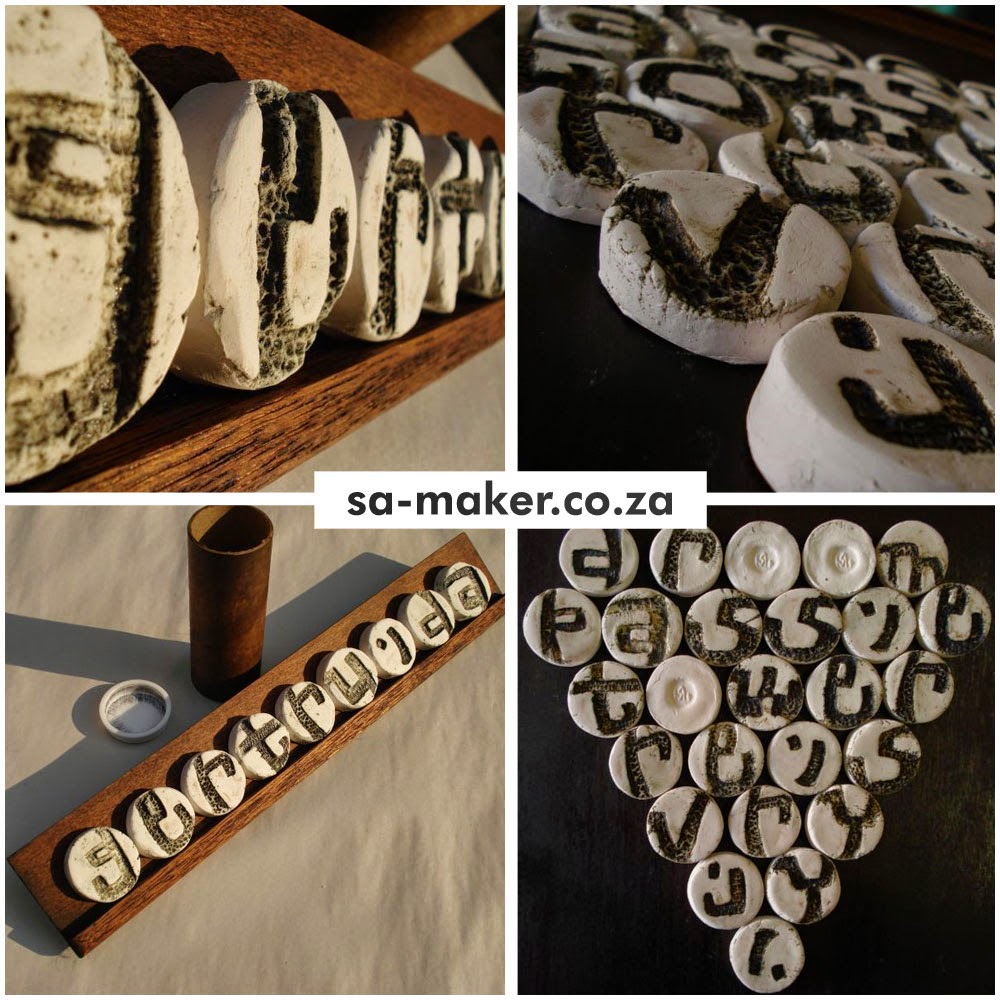 Alphabet B is part of the Alphabet series (2009) discussed in a previous post. The idea was to build a scrabble like set of letters with which you could build words. Each letter was formed by pressing a blob of white ceramic paper clay into a plaster of Paris mold. The the medallions where dried, fired, decorated and fired again. The final product was displayed on a wooden tray.

It was during the making of Alphabet B that I heard the author Annelie Botes discuss her book Thula-Thula. The book tells the story of an incestuous relationship of a man raping his daughter. During the rapes the girl would escape the horror by playing word games with her name. She would shape and reshape the letters of her name to form new words. It was as if she was playing scrabble with her name.
Her name was Gertruida.
The story moved me deeply and I felt that I had to present Annelie Botes with a gift. Something from Alphabet B. I molded an extra set of letters G E R T R U I D A, made a scrabble stand and a tube holder for her. I got hold of Annelie Botes via her publisher and presented her with Gertruida, as thanks for her work. 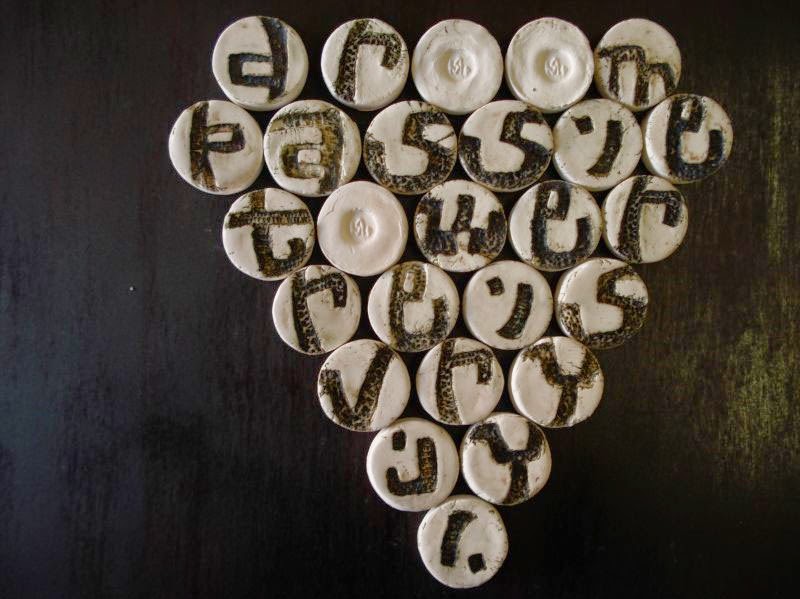 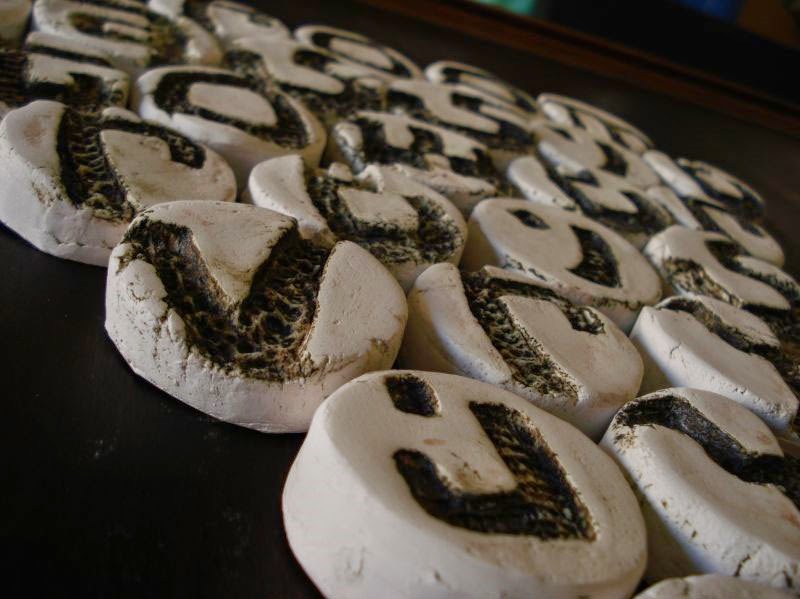 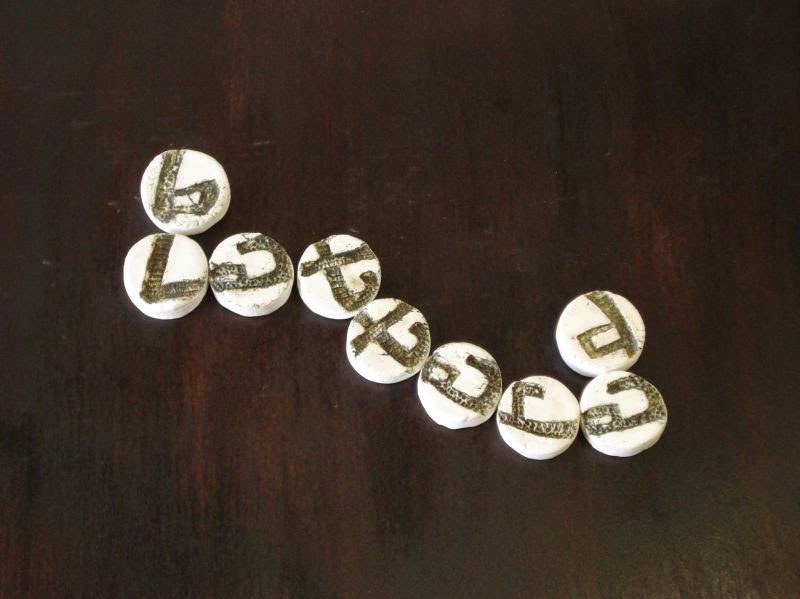 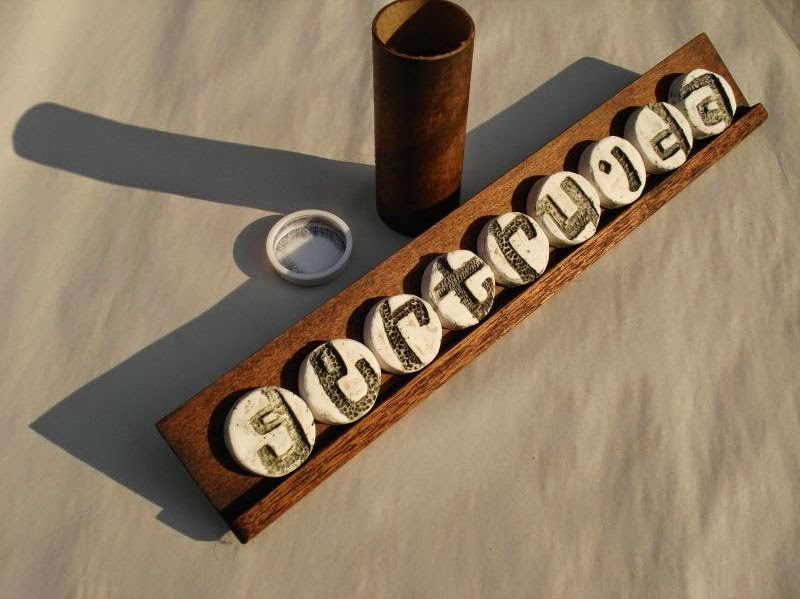 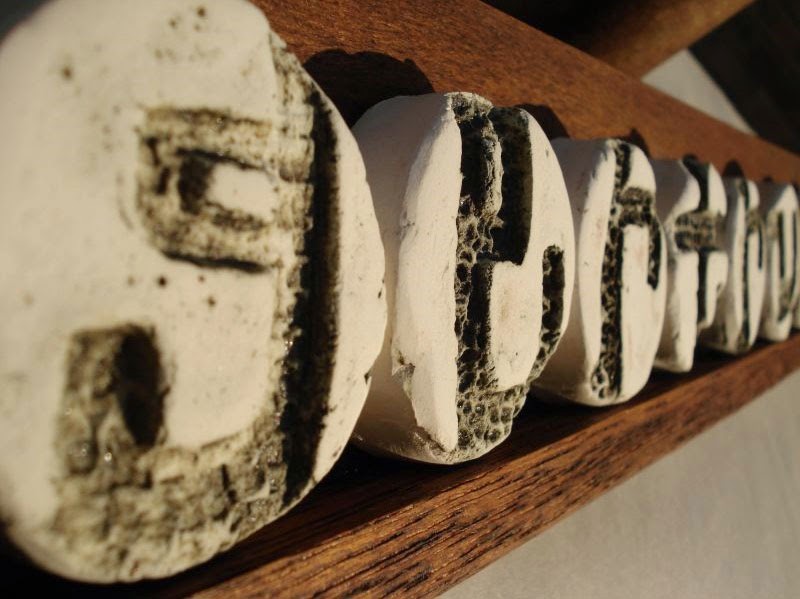