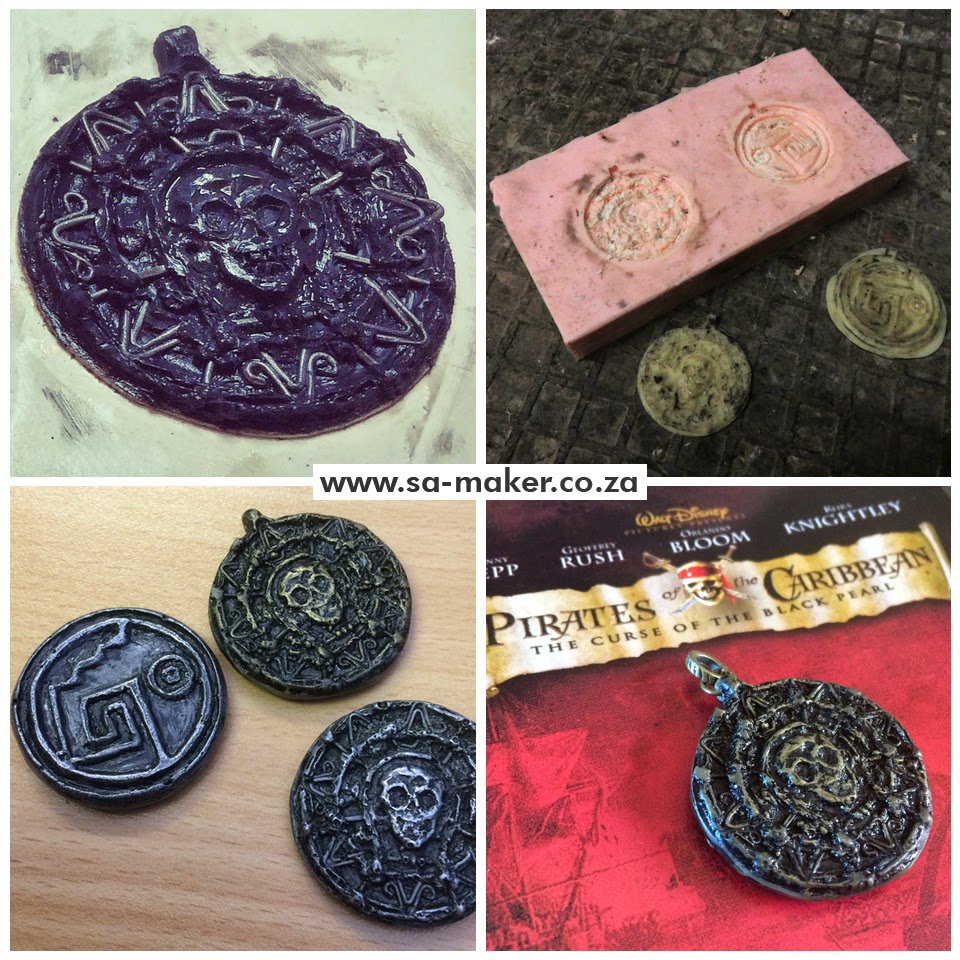 For Christmas 2014 I decided to make a replica of the pirate's medallion, from the movie "Pirates of the Caribbean", for my sisters and my nieces. The size and plans for the medallion were sourced on-line. Both sides of the medallion where sculpted separately. The method to create one medallion with two sides was to cast the set of front and back sides. Once they cured and were released, another set of front and back was cast. The previous pair was then set into the wet resin back to back. When cured you ended up with two medallions.
Thin soldering wire was used to form the wire pattern on the front. The rest was done in plasticine clay. I used raw linseed oil to smooth the clay down.
A silicon mold was cast over the clay positives. The silicon mold turned out pitted with air bubbles. This could be because of the fine detail, but I have a suspicion it is because of the linseed oil. All the holes had to be filled with builders silicon.
The final medallions were cast in a two part polyurethane resin with brass filling. This was weathered and a chain link added. 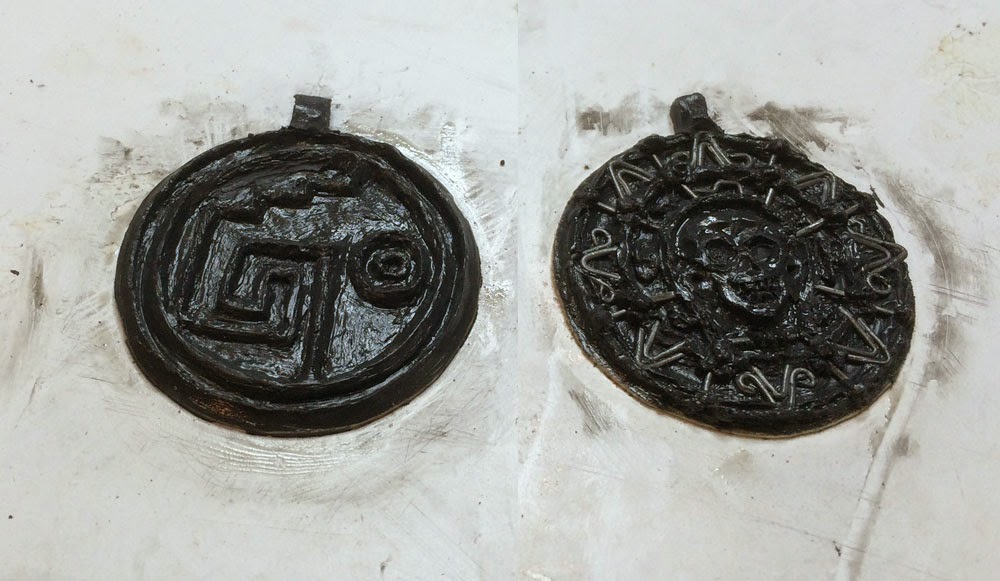 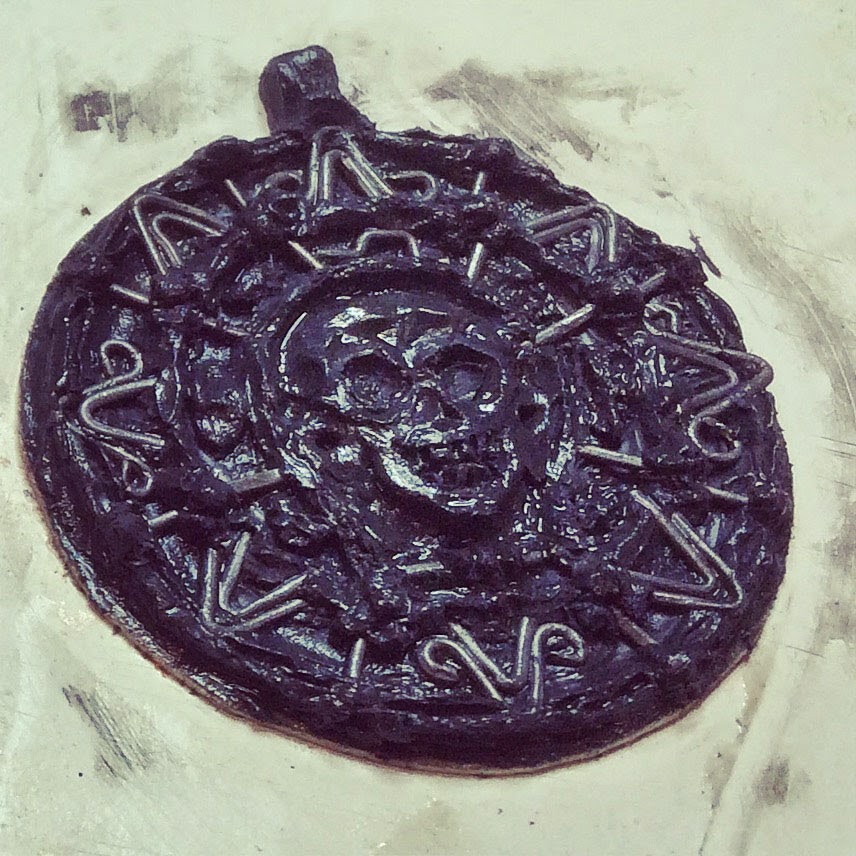