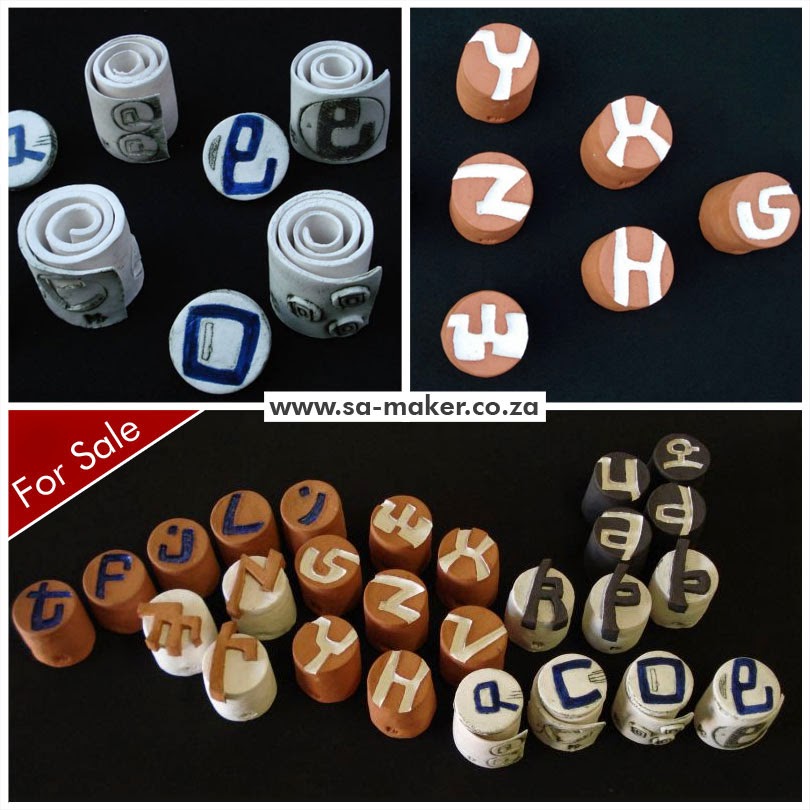 Alphabet A is a ceramic alphabet set. It represents the alphabet, divided in different letter families. A letter family is made up of letters that share unique features. For example, the letters m n and r are all part of the same family as they are formed and drawn in the same way.  We devised a unique look for each family and I made, fired and glazed each letter. Each letter stands about 10 cm tall.
Alphabet A was displayed at a joint exhibition of the “Cape Friends of Calligraphy” society held at the artB gallery in 2009.
The set is currently for sale for R5000 (excl. shipping, 2015 price). 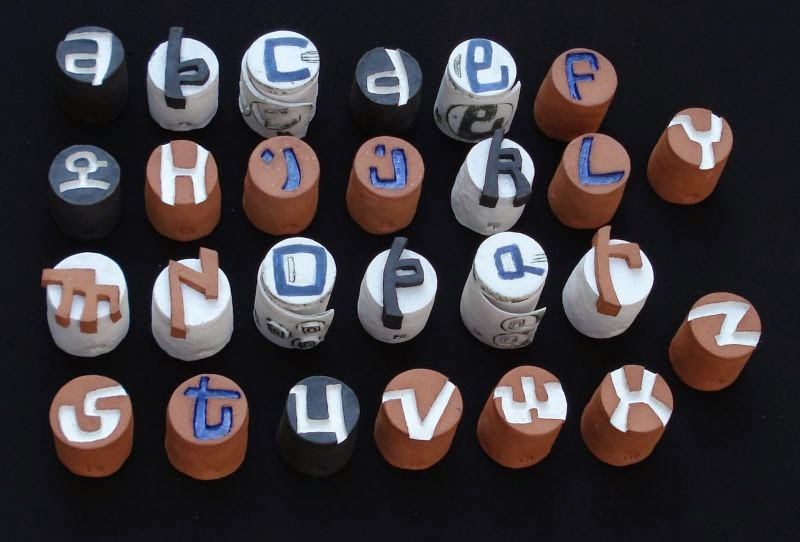 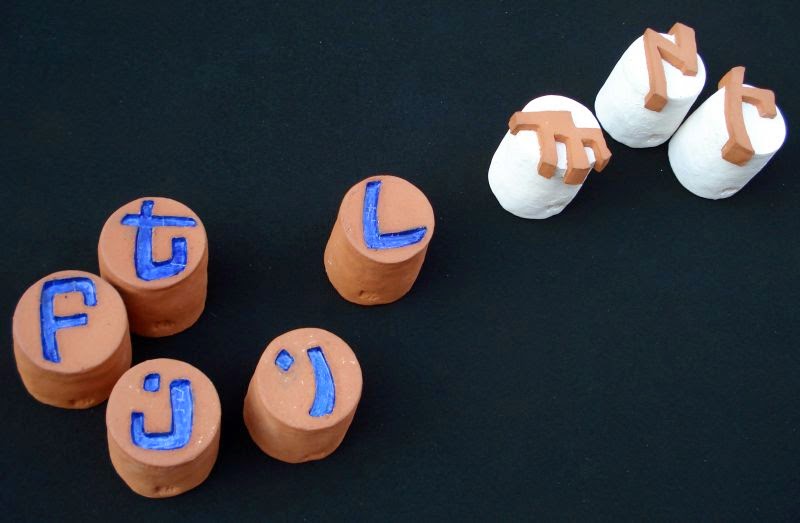 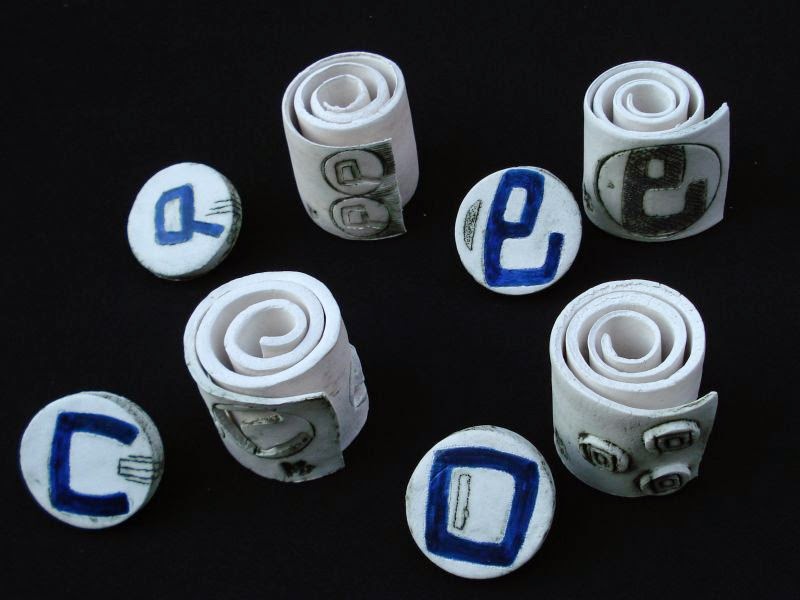 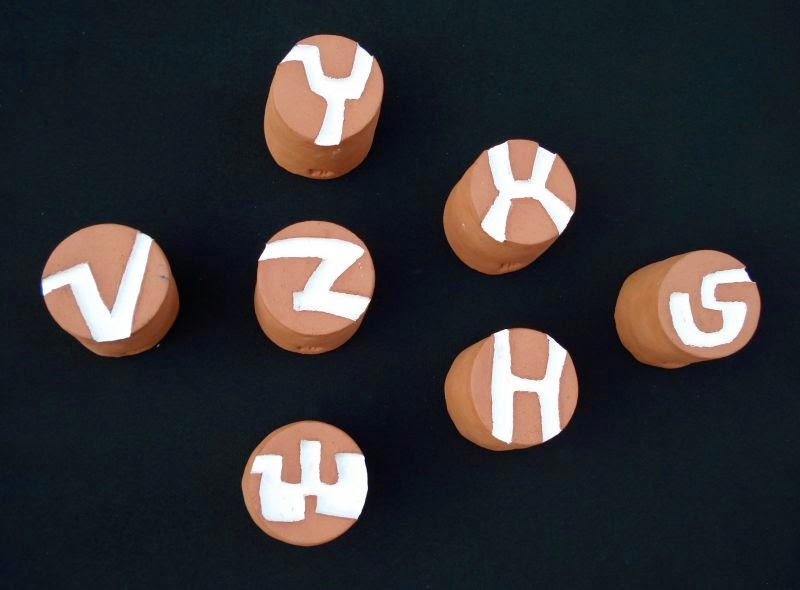