I bought an old tool chest from a friend of mine. It was made my his grandfather Stefanus Johannes Sutherland. He was a carpenter, wainwright, blacksmith and stonemason in the army (Sargeant Major or RSM) in Simonstown and then up at Wynberg Military Camp. All the gun carriages and wooden wheels that used to be at the entrances and embedded in the entrance walls were his work.

The chest was very well made but the time was not kind to it. It was painted a metallic blue once and had some water damage. All the glued joints was loose. The only thing holding it together was the long screws in the base. The base was cracked in multiple places so I had to replace it.

I needed to de-rust and paint the visible screws. To ease the spray painting I mounted them in a plastic lid so I could spray them together. 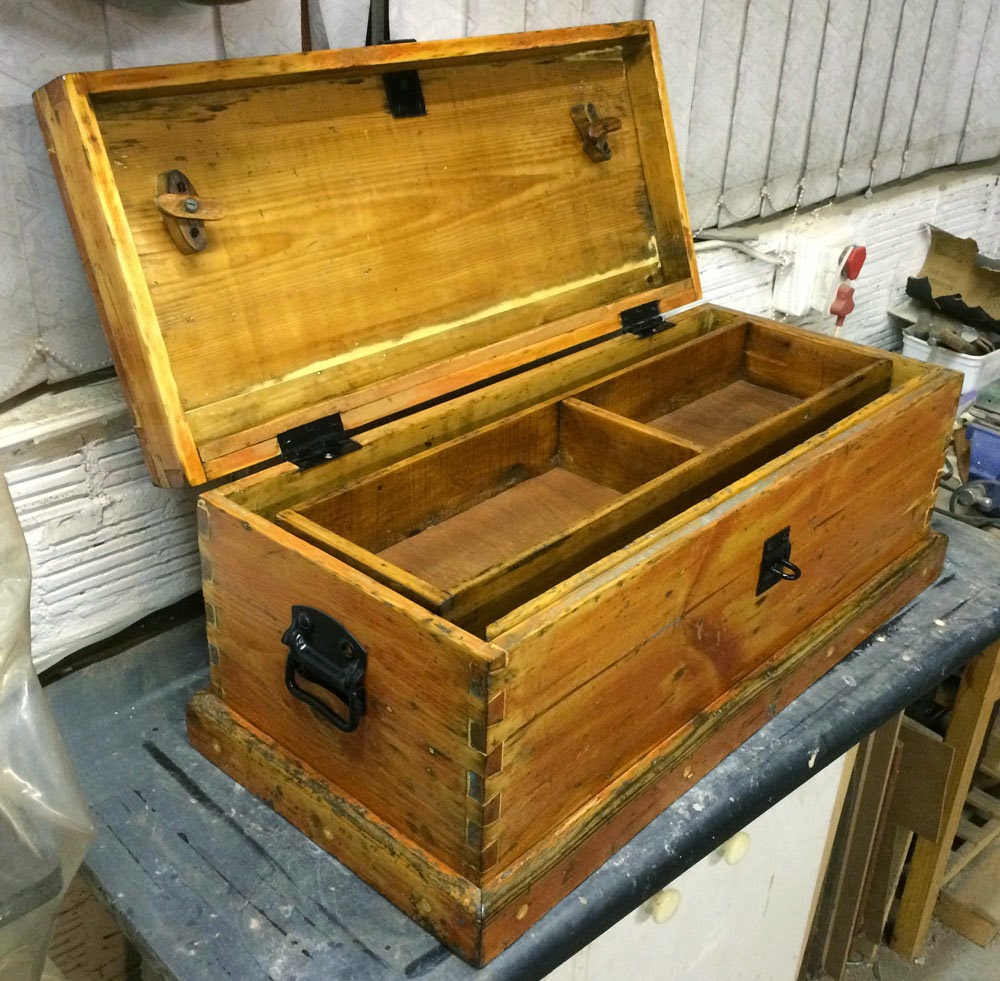